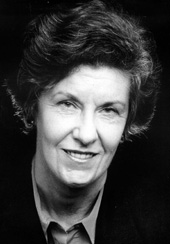 Katharine Brisbane co-founded Currency Press, Australia's performing arts publisher, in 1971 with her late husband, Dr Philip Parsons (1926-1993). Brisbane remained managing editor and publisher until her retirement in 2001. In 2000 she established Currency House as a non-profit charitable association with the brief to assert the value of the performing arts in public life and raise the level of debate. She was a theatre critic for twenty-one years, including a period as national theatre critic at The Australian (1967-1974) and has published widely on the history and nature of Australian theatre.