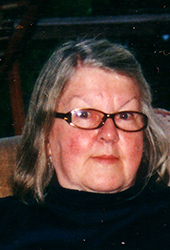 Alma De Groen was born in New Zealand in 1941. In 1964 she settled in Australia where, under the influence of the new theatre movement, she began writing plays in 1968. Between 1969 and 1972 she spent four years overseas among artists in England, France and Canada; and while in Canada in 1970 won a national playwriting competition with her short work, The Joss Adams Show. This received a workshop performance by the Shakespearian Festival Theatre, Stratford, Ontario, and a season at the Studio Laboratory Theatre, Toronto. Since then it has been performed across Australia as well as in London.

Her first play, The Sweatproof Boy (later shortened into Perfectly Alright) was presented at the Nimrod Street Theatre in 1972; on her return to Australia The After-Life of Arthur Cravan was selected by the first Australian National Playwrights’ Conference (1973) and had a season the same year at Jane Street Theatre, Sydney. This was followed by Going Home (1976) and Chidley (1977) both of which had their premiere seasons in Melbourne. Vocations received a workshop at the 1981 Australian National Playwrights’ Conference and its premiere at the Melbourne Theatre Company in 1982. Alma De Groen was awarded the 1985 AWGIE award for her television adaptation of Man of Letters. She later wrote a telemovie, After Marcuse for ABC TV and has written scripts for the television series Singles and Rafferty’s Rules. The Rivers of China was workshopped at the 1986 National Playwrights’ Conference and had its premiere at the Sydney Theatre Company in 1987, winning the Premier’s Literary Award for Drama in both New South Wales and Victoria. The Girl Who Saw Everything premiered at the Russell Street Theatre in Melbourne in 1991 and won the 1993 AWGIE for best stage play. It was also performed at The Drama Theatre of Ho Chi Minh City in 1998. Alma worked as co-writer and dramaturg with Legs On the Wall for the performance piece Wildheart in 1994. Alma’s work for radio includes Available Light and Stories in the Dark (with Ian Mackenzie), which was the Australian 1996 Prix Italia entry.

In November 1998, Alma De Groen was the first playwright to win the Patrick White Literary Award for her contribution to Australian theatre. Alma’s play The Woman in the Window was supported by a grant from the Literature Board of the Australia Council. It was workshopped at the 1997 Australian National Playwrights’ Conference, and directed by Kate Cherry (who went on to direct the Melbourne Theatre Company production in 1998). Currency Press published a revised script of the work in 1999, which was shortlisted for the NSW Premier’s Literary Awards.

Alma’s play Wicked Sisters was workshopped at the Australian National Playwrights’ Conference 2001, and was produced by The Griffin Theatre Company (under the direction of Kate Gaul) in 2002. Alma currently lives in New Zealand, with her plays still being performed both in Australia and around the world – with Wicked Sisters currently showing in Poland, and The Rivers of China being translated for performance in France.