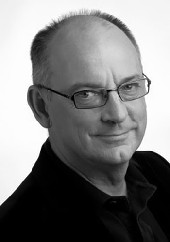 Michael Gow’s plays include the Australian classic Away, Toy Symphony, The Kid, On Top of the World, Europe, Sweet Phoebe, Live Acts on Stage, 17 (for the Royal National Theatre of Great Britain) and Once in Royal David’s City. His plays have been performed in Poland, the Czech Republic, Vietnam, Japan and all over the US.

Michael has been Associate Director of Sydney Theatre Company and Artistic Director of the Queensland Theatre Company. He has directed for all the major Australian theatre companies as well as Opera Australia, Australian Theatre for Young People and the Lincoln Centre’s New Visions New Voices programme.

Michael’s awards include two NSW Premier’s Literary Awards, two Sydney Theatre Critics Circle Awards and an AFI Award for writing the ABC miniseries Edens Lost. His most recent play Once in Royal David’s City premiered at Belvoir in 2014. In 2015 he directed a remount of his production of The Magic Flute for Opera Australia and his translation of Mother Courage and Her Children premiered at Belvoir. 2016 saw two critically acclaimed productions touring under Michael’s direction with Voyage to the Moon (which he also wrote the libretto for) with Victorian Opera / Musica Viva and The Pearlfishers for Opera Australia.

In 2017 Away was staged as a co-production between STC and Malthouse while Once in Royal David’s City enjoyed Brisbane and Perth premieres at Queensland Theatre and Black Swan State Theatre Company. Michael is one of the current Next Stage Writers’ Program cohort at MTC and is working on a commission for the company.