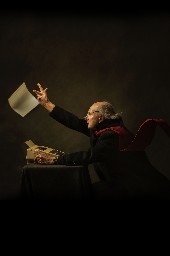 Robert Hewett is an Honours graduate of Flinders University and began his career as an actor.