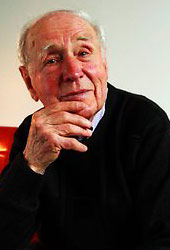 Ray Lawler was thrust into prominence when his play Summer of the Seventeenth Doll, in which he appeared in the role of Barney, became a hit for the Union Theatre Repertory Company in 1955, and subsequently toured with enormous success throughout Australia and to London. The Piccadilly Bushman, written in 1959, toured nationally under the J.C. Williamson banner. Lawler's other plays include Kid Stakes and Other Times (completing The Doll Trilogy in 1975), The Man Who Shot the Albatross (1971) and Godsend (1982). Having lived abroad from 1957, Lawler returned in 1975 to serve as Literary Adviser to Melbourne Theatre Company and direct a number of productions for that company.

Nowadays he lives in a bayside Melbourne suburb.