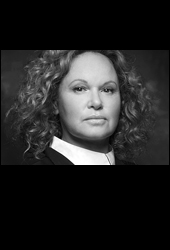 She is an actor, writer and director. Her directing credits for Belvoir include Radiance (in which she also starred), Brothers Wreck and Don't Take Your Love to Town (which she also co-adapted and starred in).

Her other theatre credits as an actor include The Dark Room, Stuff Happens, Parramatta Girls, The Marriage of Figaro, Box the Pony (which she also co-wrote) (Belvoir); King Lear (Bell Shakespeare); Blood Wedding (Sydney Theatre Company); The Story of the Miracles at Cookie's Table (Griffin Theatre Company/HotHouse Theatre), Beasty Girl and The Secret Life of Errol Flynn (Melbourne International Arts Festival). Leah co-directed acclaimed ABC series Cleverman and has completed directing a new 7 Network/Screentime series called
The Secret Daughter. She is also known for her writing and directing across Redfern Now Series 1 and 2, the children's TV series My Place, and the award-winning short films She.Say and Aunty Maggie and the Womba Wakgun.

Her film and TV credits as an actor include Janet King, Black Comedy, Mary: The Making of a Princess, House of Hancock, Love Child, Last Cab to Darwin, The Darkside, My Mistress, Jindabyne, Lantana, The Proposition, Redfern Now, My Place, Love My Way, Starter Wife and Police Rescue. She is also a best-selling author for her anthology Black Chicks Talking, which was turned into an IF Award-winning documentary. Leah's other awards include the 2014 Balnaves Foundation Indigenous Playwright's Award, a 2013 AACTA Award for Best Female Actor in a TV Drama for Redfern Now, a Helpmann Award for Best Female Actor in a Play and Matilda Awards for Best Actress and Director for The Story of the Miracles at Cookie's Table, a Film Critics Circle Award and an IF Award for Lantana, two Actor of the Year and one Singer of the Year Deadly Awards, the inaugural Bob Maza Fellowship, and the prestigious Eisenhower Fellowship for her artistic endeavours, community philanthropy and cultural activism. Leah is a proud member of Actors Equity.