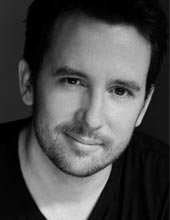 Matthew is a co-founder of the award winning theatre-making group The Escapists.