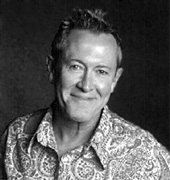 Terence O’Connell is well known as a director of physical and music theatre, circus, comedy, cabaret and drama. His work has been produced throughout Australia, with a number of his productions touring nationally. O'Connell was part of the Creative Team for Ceremonies at the Melbourne 2006 Commonwealth Games and is returning to The Production Company to direct the Rodgers & Hammerstein musical classic Oklahoma! at the Victorian Arts Centre.