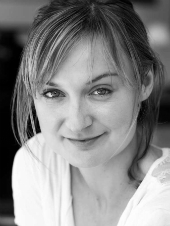 As a writer, her first play, BC, produced by Hayloft Theatre and Full Tilt, directed by Simon Stone had a sell-out season at Melbourne Arts Centre’s Black Box Theatre in 2009 and was nominated for Best New Australian Play at the Australian Greenroom Awards. Her short plays, Whistling in Bed and How To Get Very Clean were performed at Sydney Theatre Company as part of 2010 Rough Draft and 2011 Next Stage seasons respectively. In 2012 her play Babyteeth had a successful season at Belvoir Theatre. Its next production will be with Theatre Company of South Australia in 2013, directed by Chris Drummond. In 2012 Rita co-wrote B Street, a serial play staged in Belvoir Theatre Foyer, with Tommy Murphy and Charlie Garber. She was resident playwright at Sydney Theatre Company in 2011/12 as part of a Playwriting Australia/Sydney Theatre initiative, where she began developing StarStory, a play for children and their parents and friends.

Rita’s screenplay Cottontop won her a scholarship at Sydney Film School in 2008. She wrote, directed and co-produced Great Acts of Kindness: acts 2 and 4, a short film starring Joel Edgerton and Alice McConnell that same year.

Rita is currently developing Dogs, a musical with Belvoir Theatre and researching Fidelity, a play about Jeanne d’Arc which is being developed with Minds Eye, Bell Shakespeare.