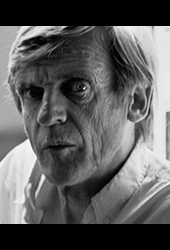 John Romeril has been a prolific writer whose early plays include the major works I Don't Know Who To Feel Sorry For, Chicago and The Floating World. Other plays are Mrs Thally F, Carboni, The Kelly Dance, Lost Weekend, Black Cargo, Bring Down the House, Doing the Block and Red Sun Red Earth.

He has studied under Australia Council grants in Europe, Canada and the United States. In 1993-96 he was recipient of an Australian Artists' Creative Fellowship. More recent works are Love Suicides and Miss Tanaka.

He has acted as Playwright-in-Residence for many theatre companies and tertiary institutions and served as Chair of the Australian National Playwrights' Centre. In 2003 he received the inaugural ANPC Award which honours Australian playwrights who have made a significant contribution to national theatre and culture.