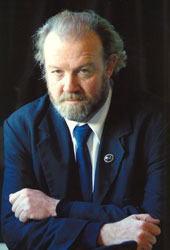 An actor, writer and director, Bille's professional life in the performing arts began with Queensland Theatre Company in 1970 and he has performed for the Company in more than 27 shows including Bill and Mary (which he wrote). Bille has performed for most major Australian theatre companies and in the United States and the United Kingdom where he performed in the West End, with the Chichester Festival Theatre, English National Opera, Dublin Theatre Festival and Royal Shakespeare Company.

Bille's writing credits include the plays Springle, tuff…, The Swan Down Cloves (which he wrote for The Royal Shakespeare Company), Bill & Mary, The School of Arts and Aladdin for The Old Vic. Bille has received an Honorary Doctorate of Letters from University of Queensland, and is the namesake of Queensland Theatre Company's home venue, Bille Brown Studio. Bille died of cancer in January 2013.