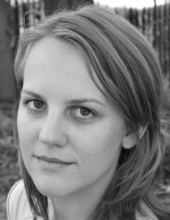 Nicki Bloom is an Adelaide-based writer. Her plays have been produced throughout Australia and internationally, and have won multiple awards.

Her plays include TENDER, BLOODWOOD, THE SUN AND THE OTHER STARS, LAND & SEA, A CATHEDRAL, LITTLE BIRD and VALE.

She has also worked as an adaptor, creating new versions of Ibsen’s GHOSTS, Shakespeare’s ROMEO AND JULIET and Oscar Wilde’s THE YOUNG KING.

She has been twice nominated for Helpmann awards, in 2015 (Best New Australian Work, LITTLE BIRD and 2016 (Best Production Children’s Theatre, THE YOUNG KING.)

A collection of her plays are published by Currency Press and Phoenix Educational Press.