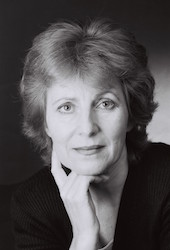 Verity Laughton is a South Australian-based playwright. Her 30+ plays have been produced nationally and internationally. Her works include main-stage adult dramas, plays for radio, a promenade community event, a musical, adaptations, plays for child and family audiences, and for dance, puppets and theatre of image. She also writes poetry and occasional work for the screen.

She is represented by Anthony Blair of Camerons Management.

She is currently undertaking a PhD in political theatre at Flinders University. Another play of hers, a verbatim theatre piece about the 1966 Battle of Long Tan, Long Tan, will be produced in April 2017, by Brink Productions. She is also working, with the playwrights’ group, 7-ON, on a recent Literature Board-funded project, The Seven Social Sins.