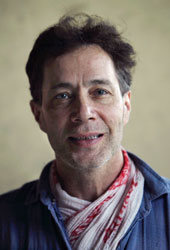 Eugene has been involved with professional theatre and music performance since 1981. In that time he has accrued more than 100 theatre productions in the role of actor, director, writer, music director, sound artist or composer. He has worked extensively with all major theatre companies in Queensland including; the Queensland Theatre Company, La Boite, TN!, Grin and Tonic, Performing Arts Trust, 4MBS Classic FM, The Queensland Orchestra and many more. Interstate, he has worked with Performing Lines, Adelaide Festival, Sydney Festival, Marion St Theatre, Bell Shakespeare and others.

He was co-director for Fractal Theatre from 1989-2000, who produced more than twenty radical theatre events on an independent basis. He has written an adaptation of Van Gogh’s letters, Theo, an illumination of a life, The Odyssey for Zen Zen Zo and The Performing Arts Trust; also a theatre realisation of Beethoven’s Letters, Mahler: A Matter of Life and Death and The Twilight of Wagner for 4MBS classic festivals. His original music/theatre piece, The Fiveways, was performed in the 2008 Brisbane Festival.

In 2000 he gained the Melbourne Green Room Award for Best Actor and he is six times a recipient of the Matilda Award for excellence in Queensland theatre.