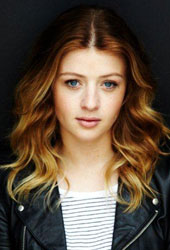 For television Sara has worked on ABC’s Anzac Girls and Network 7’s Winter and most recently played Liza Minnelli in Shine Australia’s TV biopic, Peter Allen, not the boy next door.

Nick Matthew’s One Eyed Girl made Sara’s feature film debut followed shortly by Simon Stone’s The Daughter. She has just wrapped filming on Fin Edquist’s feature film Bad Girl to be released mid 2016. While undertaking all this as an actor Sara has been
developing her love of writing with the help of ATYP and was the recipient of the
2014 Foundation Commission for her play, The Trolleys.