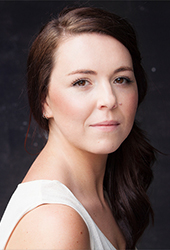 Julia-Rose Lewis is a writer based in Sydney. Julia has worked with companies including Belvoir St, Queensland Theatre Company, The Australian Theatre For Young People (ATYP), La Boite, The Brisbane Powerhouse, and HotHouse. Julia’s first full-length play Samson made its mainstage debut in a Belvoir St/La Boite Co-production in 2015. Julia was also the recipient of the 2014 Philip Parsons award and fellowship for this play. Julia’s recent work, Between The Clouds premiered at HotHouse Theatre in November 2015 prior to a season at ATYP. Julia’s short film, This Feral Life, was released online in 2014 and made its international premiere at Tampere Film Festival. Julia has been mentored by Lally Katz through an Australia Council JUMP Mentorship, has been a Playwright in Residence at La Boite Theatre Company, and is currently under commission from The Brisbane Powerhouse, Belvoir St and Queensland Theatre Company. Julia holds a MFA from NIDA.