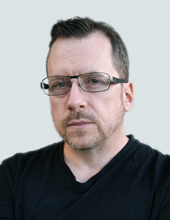 Tom trained as an actor at QUT and worked in Brisbane Theatre for several years with companies including Queensland Theatre Company and La Boite before pursuing another passion in studying literature and creative writing at the University of Melbourne. After many years working in Arts education, Tom returned to the theatre appearing in JUTE Theatre’s production of Sentinel Chickens in 2014 as well as developing work through programs such as JUTE’s Enter Stage Write program and Lab Rats with Playlab. Tom’s first play, The Salt Remains was produced by JUTE Theatre in 2016.