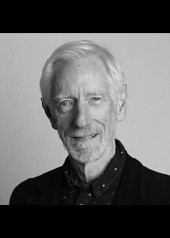 Geoffrey is best known for his award winning television comedy series Mother and Son which has been dubbed into French, German, Spanish and Mandarin and shown in more than fifty countries as well as being remade in Chile, Quebec, the UK, Denmark, Sweden, Greece, Turkey, Lithuania and Serbia.

Other television work includes, Grass Roots which received 7 AFI awards including two for Best Screenplay; Eggshells and One Day Miller, both award winning situation comedies and BabaKiueria, which was given a United Nations Media Peace Award.

Stepfather of the Bride, a telemovie, was awarded a Silver Plaque in the 2007 HUGO Awards in Chicago.

A number of his plays have had successful seasons at the Ensemble Theatre in Sydney: WARNING: EXPLICIT MATERIAL (2011), Liberty Equality Fraternity (2013) and Dear Mum and Dad was part of the Gallipoli Project in 2015. A theatrical version of Mother and Son has been staged in Melbourne in 2014 and in Canberra and Brisbane in 2015.

His latest play, Black Cockatoo, was part of the 2020 Sydney Festival and after
a sell out season at the Ensemble Theatre, moved to the Merrigong Theatre in Wollongong and then Riverside at Parramatta.

In 2006, Geoffrey was presented with the Richard Lane Award, recognising his many years of service to the Australian Writers’ Guild and in 2008, he was given the University of Sydney, Faculty of Architecture Design and Planning, Alumni Award for Community Achievement.

In 2009, Geoffrey was made a Member of the Order of Australia.