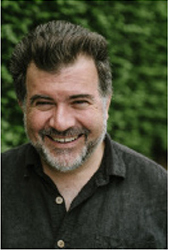 Rob is the Artistic Director of the Queensland Shakespeare Ensemble (QSE) and an Associate Proffessor in Linguistics and Drama at the University of Queensland.

Rob has directed QSE’s Shakespeare Prison Project from its inception in 2006 to 2019, and has directed inmate productions of The Tempest, Julius Caesar, Macbeth, The Comedy of Errors, A Midsummer Night’s Dream, Romeo and Juliet, and The Two Gentlemen of Verona. He has also visited other Prison Shakespeare programs in the USA and Italy. His book, Prison Shakespeare: for these deep shames and great indignities, which surveys the phenomenon, was published by Palgrave MacMillan in 2015.

Originally from Perth, Rob has lived in Brisbane since 1999. He completed his doctorate in theoretical linguistics and Australian Aboriginal languages at the Massachusetts Institute of Technology in 1997. He has published several books and about twenty articles on aboriginal languages, and half a dozen articles on theatre and actor training. He is one of only eight people in Australia certified by Kristin Linklater to teach the world-renowned Linklater voice method. Rob has worked professionally as an actor, director, musician, and teacher in both the USA and Australia. He has worked (performed and/or taught) with Pilgrim Theatre and Shakespeare & Company (both in Massachusetts, USA), and Zen Zen Zo, Power of Will, and the Queensland Theatre Company in Brisbane, and was inducted as an Arts Queensland Culture Champion in late 2013.

Rob is a member of MEAA (Equity).