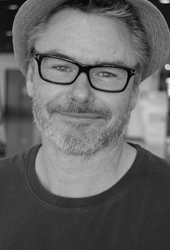 Campion Decent is a playwright and dramaturg. His plays include The Campaign, Unholy Ghosts, Embers, Shootings, Baby X, and Three Winters Green. He has been awarded an AWGIE and the Queensland Premier’s Literary Award for Drama Script (Embers), the Rodney Seaborn Playwrights Award (Unholy Ghosts) and the Best New Writing Award, Tasmanian Theatre Awards (The Campaign). As a dramaturg he has worked for ANPC/Playwriting Australia, Griffin, HotHouse, Malthouse, NIDA, and Sydney Theatre Company (STC). He has also worked in the arts in a variety of roles, including Artistic Director of HotHouse Theatre, Literary Manager at STC, Artistic Director of Next Wave Festival, and Festival Director for Sydney Gay & Lesbian Mardi Gras. He is a graduate of the NIDA playwrights’ studio and holds a BCA from the University of Wollongong, an MA (Theatre Studies) from the University of NSW, and a PhD from La Trobe University.