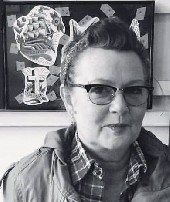 Linda Hassall has twenty-five years industry experience as a director, playwright and dramaturge in professional and independent contexts. Her directorial work explores contemporary forms and Linda often works with large cast in shows that are predominantly chorus driven. Focussing on the creation, development and production of new theatrical work for Australian performance she began writing as a response to roles being written for women from her experience of working with a predominantly male culture of playwrights. Her first play Post Office Rose (2004/2006) won a Matilda Award for Best New Play (2006) and was published by Playlab Press in 2008. Linda is the Program Director of Contemporary and Applied Theatre at Griffith University. Her research and writing interests include themes of inheritance of landscape from a white female perspective as explored in her 2012 play Salvation and further investigations of youth culture landscapes in A Contemporary Hymn 2011. Her latest work 2015/16 Dust explores present climate change literacies from the position of future generations and this play has just been adapted for high schools.