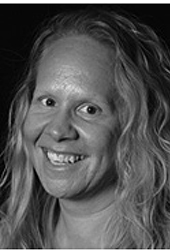 Nadine McDonald was the Artistic Director of Kooemba Jdarra Indigenous Performing Arts Company from 2001 to 2004. She first joined Kooemba in 1996 facilitating workshops in youth detention centres and schools on theatre, music, reconciliation and performance. In 1998 Nadine performed as the nurse in Jimmy Chi’s National Tour of Corrugation Road. Nadine has been on boards such as the Queensland Theatre Company, Queensland Government’s Premier’s Indigenous Advisory Board and Q150 Advisory Committee and the Aboriginal Centre for the Performing Arts. Nadine was a Senior Producer with Major Brisbane Festivals in 2010 and is now the Creative Director of the kuril dhagun Indigenous Knowledge Centre, State Library of Queensland.