by Simon Dodd
'Plaything' is a comedy that focuses on five characters who inadvertently are trapped on a stage with an audience observing them. The main characters, HE and SHE, have no recollection of who they are or why they are here, yet feel the pressure and obligation to perform for the audience. They are joined by OTHER MAN, who shares their lack of identity and purpose, but not their concern, and soon dies in curious circumstances.

HE and SHE hope to gain wisdom from OLD MAN and OLD WOMAN (from the play next door), but they too haven’t got a clue. Giving up the search for identity and purpose HE and SHE believe the only way off stage is through death. They try to poison themselves but only end up drunk. They later discover that ultimately they have not acted freely and find their words and actions have been contrived and authored. Through their actions and words, particular contrivances of theatre, reality and suspension of disbelief are thrown into comic relief. 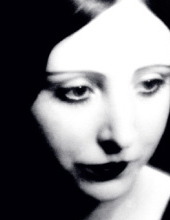