by John Upton
For years, Mayor Leah Hunt has ruled her suburban council with a benign eye and a rod of iron. But suddenly, after a ratepayer revolt over a scheme to desex stray cats, she’s voted out. Council has been her life but now, at 60, she’s without purpose and her political friends and allies have strangely disappeared. But Leah is courageous, indomitable and a tough political operator as, with a wry eye to human folly, she picks up the pieces to start again. 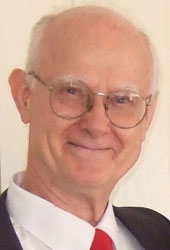