by Penelope Bartlau
A girl, Sorrel, arrives at an island in a leaky boat. The island is a stopping-place for departing souls. Keeper of the island is Maman Brigitte, and on the island are abandoned suitcases. Sorrel goes through these seeking shelter and refuge. She receives stories and lessons from the contents she finds within.

'Writing a puppet play is a complex task. It requires a subtle attention to visual detail without breaking one’s dramatic stride. That this writer is a long way to achieving this is no mean feat, and coupling this form together with the material of child mortality makes it no less difficult. However, the sense that the content and form are apt bedfellows strikes the reader from the first page.' Judges Summary, R.E.Ross Trust Playwright's Script Development Award

'Dispatch is a worthy winner of this year's R. E. Ross Trust Playwright's Script Development Award. Bartlau has a strong command of magic realism, seeding her story with enchanting mini-narratives in a fluid manner.' The Age

'…Belief in an alternative reality was easier in what was probably the oddest show of all, (in Brisbane Festival '08, Under the Radar), Barking Spider Visual Theatre’s Dispatch. Inspired by a Hindu meditation on death, it is by turns feverish and morbid, tender and transcendental. Featuring a marionette and live performers, on a set resembling an exploded dress-up box, it ranges in tone and atmosphere somewhere between Enid Blyton and the Gothic magic realism of Angela Carter, with hints of Lewis Carroll, and Charles Kingsley’s The Water Babies. The relationship between puppets and manipulators is blatantly clear, straining the suspension of belief from time to time - But, in this case, that just added to the rich and strange dimensions of the experience.' The Brisbane Courier Mail 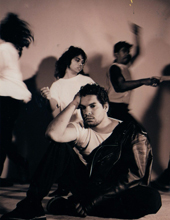 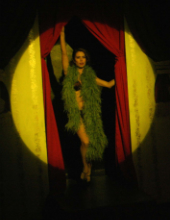 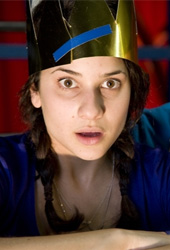