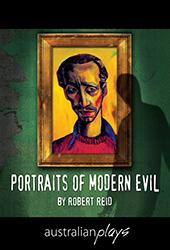 by Robert Reid
In the winter of 1942, Melbourne's shadowy streets were the scene of three brutal stranglings by the elusive Brown-Out Strangler. These killings took place as World War II wore on to its bloody climax and as Melbourne was invaded by its allies: an army of hard-drinking American soldiers living loudly and lewdly.

Portraits of Modern Evil imagines what might have happened if two men on whom the war left an indelible mark had crossed paths: Albert Tucker, one of Australia’s greatest modern painters, and Eddie Leonski, better known as Australia’s first serial killer. Filled with haunting images, this is a surreal and frightening tale.

"... a brilliantly dark look at society during war … Confronting, thought-provoking and full of talent – all that good theatre should be."—Anna Locke, Australian Stage

"… the writing is accomplished: poetic lines that encapsulate Tucker's vivid, colour-obsessed view of the world are interspersed with strong dialogue."—Victoria Laurie, The Australian 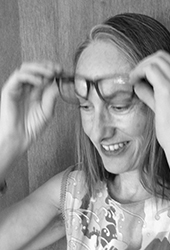 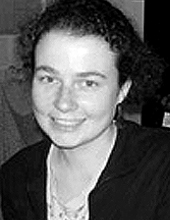