MISS BILBY AND THE MOSS-COVERED CLERIC

MISS BILBY AND THE MOSS-COVERED CLERIC

by Linda Aronson
When Clementine Bilby, an Australian opera singer and Miss Marple clone stumbles across the corpse of the vicar,she's amazed to discover only moments later that the vicar himself is alive and well. Who is the murderer? The bounder Harold Bagshot? Stubbs the mysterious undergardener? The lovely Miss Ivy Hoskins?
'Miss Bilby and the Moss-Covered Cleric' is a light hearted spoof both of an Agatha Christie whodunit and of bad radio drama, with every cliche of plot and sound effect. Hilariously, all sound effects are produced on stage in the most ingenious and funny ways, with sound effects being the star of the show. Written to be read aloud from scripts (so there are no lines to be learnt, no costumes and no set) this play was created as a large-cast celebrity fund raiser and is ideally suited for a company that has very little time to get up a great family show. A production can be put together in a matter of hours. 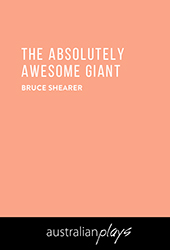