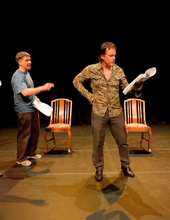 by Melissa Reeves
Frank: I believe in no god and I don’t need one. I don’t know why we’re here and I don’t care. Nor do I believe in genius. It’s all luck, nous and hard work. I don’t believe in love or friendship. I have confided in people and they have betrayed me. I believe in neither left nor right. Everyone is corruptible. Why did I give you the money? I had the idea and I had the money. Simple as that.

Rachel is imprisoned. Her Dad, Frank, is a toweringly rich businessman and he’s given her everything, including a private menagerie, mostly of monkeys, but she’s locked herself in a tower. Frank reckons that it’s time she stepped into the real world and got happy. So he pays four short blokes a million each – an ex-cop, an ex-jockey, an ex- TV host and an ex-footy player – to be his friend and maybe to marry her too. 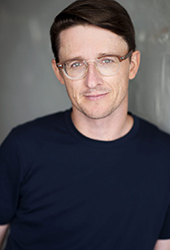 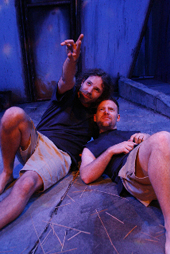 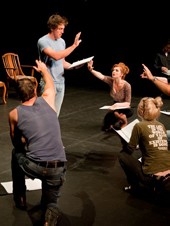 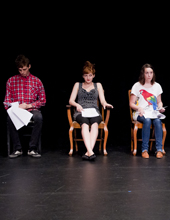