THE CAT IN THE BOX 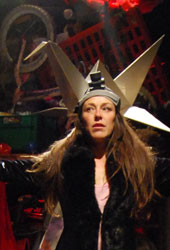 THE CAT IN THE BOX

The Cat in the Box is a darkly humorous clash between science and art, big business and a spiritual quest. The play is a comic look at what happens when an artist, a scientist and a hippy are locked in a room with a cockroach and a pile of junk. The volatile atmosphere explodes when millionaire Reep enters the scene and the thin veneer of civil society is peeled back.

Can they get out of the room? Can they work out what is real? Where’s that cat - is it alive or dead? And can anyone tell the difference?

Although an absurd comedy sparked by Erwin Schrodinger’s famous cat ‘thought’ experiment, these characters are very real people and underlying the whole play is the question: how do we all get on together without turning everything into a catfight? Is law and order the only solution, and how much freedom should we give up before law and order goes too far? And who can best answer this – science, art, commerce or religion?

If you question reality – it can put your head in a spin!

N.B. In 1935 Erwin Schrodinger asked the question whether we could really know something until we look at it or measure it. He came up with a thought experiment: imagine a cat in a box… until you check, it could be either alive or dead, or not, depending on whatever happened inside the box when you weren’t looking! The thought experiment was designed to question certain ideas of the time about quantum physics. Just as today The Cat in the Box is questioning, in a most light-hearted way, if art, science, religion and money can ever get on together! The same can’t be said for Schrodinger’s unfortunate cat. 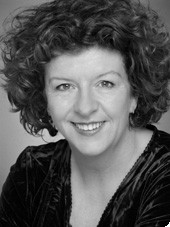