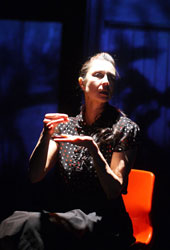 Ann Hill is an ordinary person. She has done things people are ordinarily expected to do. From the outside, Ann has it made. She has the home, the family, the business. She really doesn’t have anything to complain about – but something is missing. Ann has lost her passion. Now she just wants to leave the planet.

Ann dreamed of being a travel writer, one who took the road less travelled. Real life however had other plans for her. Somehow, along the road she did travel, Ann’s dreams got left behind.

Heartworm is a one-person black comedy about finding meaning in the meaninglessness of life.

The narrative unfolds over a week in Ann’s life. From waving her ‘dearly beloved’ off at the airport Ann week proceeds in ways she hasn’t anticipated, forcing her to re-evaluate the direction of her life. 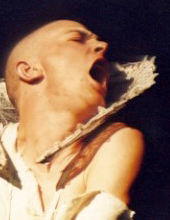 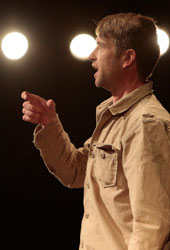 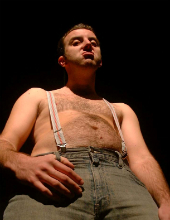