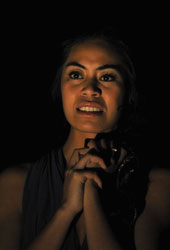 by Alana Valentine
South Sydney Herald Critic Catherine Wood described Dead Man Brake as 'a requiem for the living.' She continues,'The events of the Waterfall train disaster, 31 January 2003 are undeniably tragic, but it takes a gifted playwright to transform tragic events into a theatrical tragedy. While drawing honestly and sensitively upon verbatim sources to construct a full picture of the impact of these events upon a community, Dead Man’s Brake is a compelling, uplifting and profoundly poetic reflection upon the nature of human suffering.

Valentine’s remarkable treatment of her subject is ably supported and amplified by composer/sound designer, Daryl Wallis. As the darkened stage comes to life, light picks out the statuesque form of woman who is to preside over the ensuing stage action, moving gracefully between and around the characters as they speak of their turmoil and distress.

Raising her arms in evocation she sings of ‘the treasures of darkness’ and ‘the pleasure of stillness’ presenting to us the age-old mystery, catharsis, whereby the audience watches individual suffering with horror and pity to be eventually uplifted by their recognition, ‘the strange and deep perception’, that in suffering there is ‘insightful gain’.

There follows a stunning simulation, through victims’ terrified recollections and dramatic deployment of sound effects, of the full horror of being a passenger, vulnerable, powerless, in a train travelling in excess of 100 kph as it derails, It was as if ‘the planet slipped off orbit’, and in the 6. 8 seconds it took to happen, snatched the lives of seven, shattered the lives of not only the bereaved but also of the survivors and took its toll upon rescue and trauma management personnel.' Dead Man Brake is their story - written, sung and chronicled with sensitivity and theatrical invention to commemorate the 10th Anniversary of the crash. 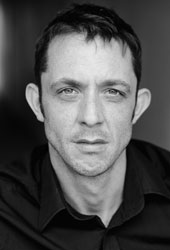 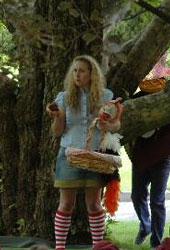