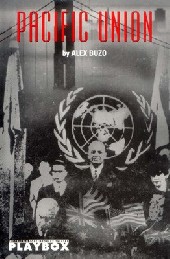 Pacific Union is the story of the United Nations Conference on International Organisation which first met on the stage of the San Francisco Opera House on 25 April 1945. While the big powers attempted to dominate the agenda of a Conference expected to last only three weeks, Australia's Foreign Minister H.V. Evatt battled for the rights of the smaller nations. The 'San Francisco Forty-Fivers' struggled for nine weeks before the UN Charter was finally signed. Exposing the political manoeuvrings and idiosyncratic personalities at the gathering, the premiere of Pacific Union in 1995 marked the 50th anniversary of the birth of the United Nations and acknowledges the importance of the Conference in establishing the framework for a lasting peace.