by Bill Reed
A one-act play for four actors.

In the residential home there is no peace while DAVID and MUMPSIE are anywhere near each other. It is not so much bickering but their outright, shouted abuse about each other’s family. Then there are the keepsakes that are so precious to them, stored in the kit bag and wedding travelling case that they can never take their eyes off.

And always, it seems, there is the meat axe hanging from the kitchen door that one day… one fine day soon… they might just have to resort to. It is a strange meat axe. It does a lot of twirling in the air and bringing attention to itself. Until it goes missing. 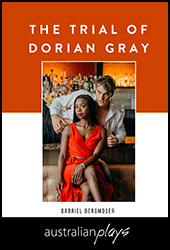