DOLORES IN THE DEPARTMENT STORE 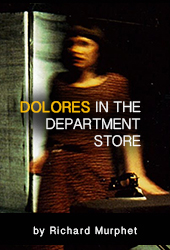 DOLORES IN THE DEPARTMENT STORE

by Richard Murphet
Dolores is a struggling, patient housewife in a poor household where her weak husband, Frank, takes his frustrations out upon her and their child Bonnie. One morning, as Bonnie screams for attention and Frank yells for quiet so he can sleep, she finally snaps. As Dolores irons, suddenly another Dolores appears, then another, then another. They fight for possession of the iron. She cannot control them and they are very different personalities to her.

Dolores in the Department Store, two hours in length, dramatises the experience and the ramifications of split personality syndrome. The other Dolores emerge because Dolores 1 is not coping and cannot cope alone. They each have their own way, from rebellion and seductive provocation to calm but demanding concern. And they will not be ignored. Frank, who is on the edge of cracking himself, does not know how to respond to the proliferation of his wife. Bonnie is terrified.

The situation reaches a tense but exhilarating climax in the Department Store where Dolores 2 decides, despite the pleas of Dolores 1, to purchase an expensive red dress. All the personalities of Dolores break loose, despite the attempts by the store manager and a doctor to keep some sort of social and psychological order.

The split in Dolores is brought about by pressures at home and triggered by the seduction of retail therapy. But it originated in an incident of childhood sexual abuse that Dolores has repressed for decades. In making their way back to retrieving that memory, the 4 Dolores overcome the crisis of their situation and discover a way that all four aspects of the woman may co-exist.

The play is comic, wild, moving and unusual. It contains several songs and the dramatic language and action vary unpredictably, as the alters fight for supremacy. 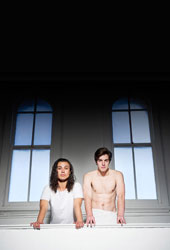 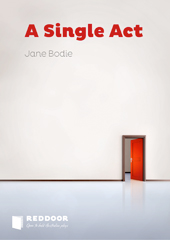 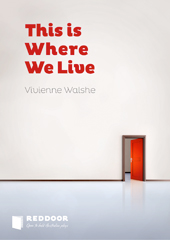