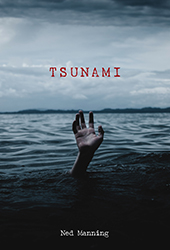 by Ned Manning
Veteran ex-journalist Harry Walsh is one of the lucky few that can afford Care in the twilight of his life. He is putting the finishing touches to a memoir that will expose the failure of governments past and present in the imaginable future. He is unsettled by the arrival of a young Indigenous woman, Keisha Blair, as the replacement for his usual carer. He ignores calls from his son, Tom, who has been surprisingly installed as Prime Minister following a scandal. Tom’s wife, Chinese/Australian Dr. Mei-Ling Young, seizes the opportunity to push for a return of universal health care. Keisha wins Harry’s confidence after he receives the shattering news that his memoir will not be published. He blames his son as their relationship continues to deteriorate. When Keisha offers to take Harry “fishing” he jumps at the chance. His escape from the Home is a potential embarrassment for Tom and Mei as they try to seal a deal for mining in the Antarctic with the Chinese government.

Keisha’s “fishing” trip is a ruse to show Harry the site of a covered up mass drowning of refugees in a secluded Detention Centre. Harry’s journalistic instincts lead him to help Keisha put a story together exposing the government’s cover up. The story has the potential to bring down his son’s government and Harry is confronted with a choice between his journalistic ideals and his son.

Ultimately, he can’t bring himself to betray his son and reneges on his commitment to Keisha. When she is jailed on terrorism charges Harry loses his will to live and dies of a broken heart.

His death sparks Tom’s conscience and, at Mei’s insistence, he offers Keisha a role in holding the government to account.