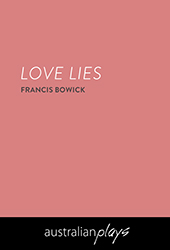 A woman desperate for her marriage to work undergoes a neurological procedure to renew her love for her husband without his knowledge. When he discovers what has happened he demands she get the procedure reversed despite the cognitive risks of memory loss. He becomes her Carer after she has the procedure and is left with memory loss, and eventually her memory returns and their marriage is saved, until he discovers that she did not go through with the reversal and had been feigning memory loss. Upon the discovery he leaves her, she attempts her own life, he finds her overdosed and unconscious and remains by her side in hospital where she is not expected to survive the overdose. She regains consciousness and he has resolved to remain with her and accept her love.