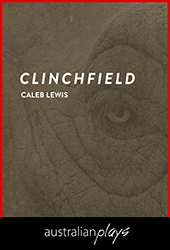 INAUGURAL WINNER OF THE RICHARD BURTON AWARD FOR NEW PLAYS

"Trace a lie to its beginnings and you might find the truth."

On September 11, 1916, in St Paul, Virginia, a hotel worker named Red Eldridge was hired as an assistant elephant trainer by the Sparks World Famous Shows circus. The next day, in Kingsport, Tennessee, he was killed by Mary, a five-ton Asian elephant.

The details of the aftermath are confused in a maze of sensationalism and folklore. What is known, is that on the following day a crowd of over 2500 people assembled atop the Clinchfield Railroad Yard to watch Mary hang.

The story of why and how Mary died is now obscured by time and countless retelling: an
example of the best and worst of oral history. It is tragic, absurd, excessive and quintessentially theatrical.

At a time when ‘spectacle’ executions in the U.S. drew crowds of up to twenty thousand, this bizarre event serves as a crucible in which to study the convergence of justice and theatre - and a reckoning with the true nature of punishment: rehabilitation, restitution or retribution?

Clinchfield: A Tale of Good Citizens combines direct address with dialogue, scenes described as well as depicted on stage. Soliloquies are interspersed with choral scenes, humour set off against pathos, fact mixed with fiction and conflicting truths juxtaposed to shape a story, not only about Mary, but the nature of storytelling itself. 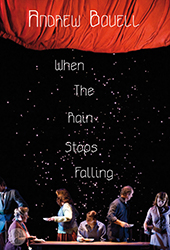