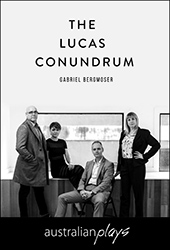 Back in the eighties, Robert Stone was famous as the director of the biggest fantasy film franchise of all time. Now, thirty years and several flops later, he has returned to make a new instalment in his beloved saga. When an internet petition to allow a dying young fan to see the film gains the attention of his producers, Robert is pressured to unveil his masterpiece before he is ready. But Robert is not so easily swayed.