THREE MAGPIES PERCHED IN A TREE 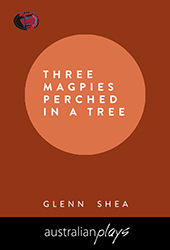 THREE MAGPIES PERCHED IN A TREE

by Glenn Shea
Three Magpies Perched in a Tree is the first story in AN INDIGENOUS TRILOGY by Glenn Shea.

An Aboriginal man from the stolen generation is working in his Aboriginal community as a front-line juvenile justice worker, he comes into contact with many Aboriginal adolescent young people who come into contact with the criminal justice system. This story is about how the issues impact not only the young person but their friends, their family, their community, the society they live in and ultimately the Aboriginal worker who is trying to support them.