SOME SECRETS SHOULD BE KEPT SECRET 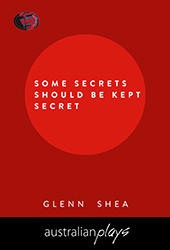 SOME SECRETS SHOULD BE KEPT SECRET

by Glenn Shea
Some Secrets Should Be Kept Secret is the third story in AN INDIGENOUS TRILOGY by Glenn Shea.

Finally Peter, the Aboriginal worker from the stolen generation, receives news that his adoptive mother has passed away and he now has to return to the home he grew up in... How do you share a story that you know is true when no one believes you because of the lies that you have told?

Will Peter find peace by sharing the secrets?