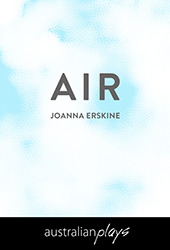 by Joanna Erskine
The dead don't talk back, until now.

Annabel sits in a dark radio studio, hosting the graveyard shift. Single and introverted, she spends her nights reading the death notices to a silent audience. One morning while on air, the station phone rings. When Annabel answers, she unwittingly unleashes the grief and secrets of an entire community, desperate to connect with the past.

AIR is a black comedy about death, grief, holding on and letting go.

The inspiration for AIR came from Erskine’s own experiences with grief, and a small notice in the Sydney Morning Herald obituaries about a radio service that reads the death notices daily (2RPH).

"... a surreal experience that is as often as hilarious as it is terribly moving... This is an Australian play with a rare sensibility of emotional maturity: prepared to look at a 'taboo' of our culture with an open, experienced intelligence and a sense of humour that is not a piss-take, but a generous openness."
- Kevin Jackson's Theatre Diaries

"When you go, take all your friends. Theatre like this will resonate between you and forge closer alliances."
- Lisa Thatcher 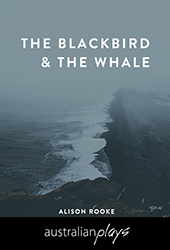 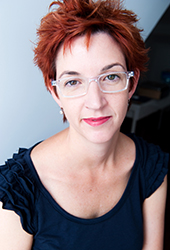 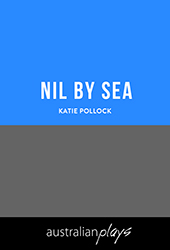 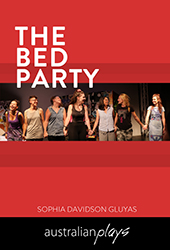