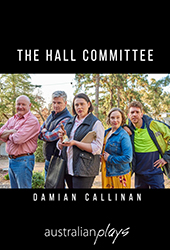 by Damian Callinan
The Rummage South Memorial Hall has seen better days. With white ants in the walls, possums in the roof and pigeons in the projection booth, the local wildlife are getting more use out of the hall than the locals. Due to the stringent restrictions enforced by Brenda, the intractable hall committee president, many residents have given up even trying to book the place. However, when tree changer Rebecca manages to inveigle her way onto the committee, the community gets a shake-up. When she reveals that a hall grant is within their reach, the fractured committee ultimately join forces to get the hall back to its former glory. Unbeknownst to the committee, the hall is also inhabited by the spirits of the hall’s past who weave their subtle magic to help the hall and the community heal.

The Hall Committee is a nostalgic celebration of the role halls have played in the fabric of small town Australia but challenges us to look forward to the next phase of community life in the ever changing landscape of rural Australia. 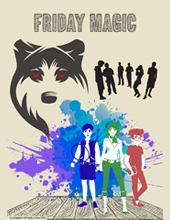