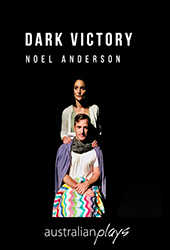 by Noel Anderson
Carol Butler is a late thirties, childless housewife, a novelist who writes children's books. She is married to John an insurance salesman, constantly away on business. After the traumatic death of a close friend, Carol joins the Community Service Network, a service set up to care for people who have contracted HIV and becomes a volunteer. Warren Clark, her best friend, is a gay florist living with HIV. He is intelligent with a luminous personality and a passion for life. Together, Carol and Warren form a special bond, sharing dreams, secrets and plans for the future. They have a perfect relationship. However, Carol's world changes when Cathy, a receptionist, enters her life. Cathy offers Carol the possibility of a child, to help her struggling marriage. The two women strike a surrogacy deal. A business deal that Warren believes is doomed to fail. What Carol and Warren don’t know, is their friendship is about to change, forever! Somewhere, between friendship and pain, is their dark victory!