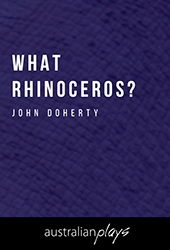 by John Doherty
What Rhinoceros? explores how dangerous ideas become an ideology, ideology a Movement, a Movement, action, and that action, reality.

What Rhinoceros?, like Ionesco’s work, Rhinoceros, is a response to events the playwright observes playing out in the world.

Ariadne Doles, a reporter for Anakálypsi News @6 stumbles upon signs a significant shift in the Zeitgeist is occurring, one which does not bode well for liberal democracy. Her research is met with scepticism by her close friend, and secret love, Atlas Exapatisi, the womanising, disenchanted Anchor Man for Anakálypsi News @6. However, before too long the signs of the shift are terribly clear. What will happen when powerful forces descend upon a place inhabited by the comfortably unexceptional, riding their luck? 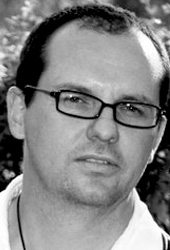 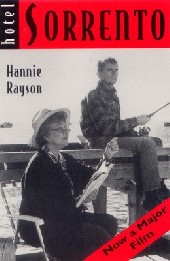