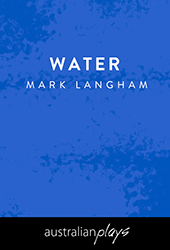 by Mark Langham
This is the true story of Carl Hans Lody, a WW1 German Spy who ended up being executed in the Tower of London in December 1914. The piece tells of his life and career in Germany, America and Europe, the mistakes that lead him into being a really quite awful spy and his downfall. He was universally liked, especially by his captors, and he is still remembered fondly by the German people, naturally enough, and, more surprisingly, by the British. They were awfully fond of him, right up to and beyond the point where they shot him.