THE BOOK OF DAVID 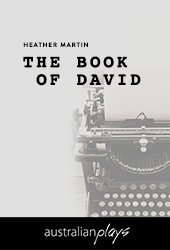 THE BOOK OF DAVID

by Heather Martin
David has one month until he has to submit his second novel and despite his extremely frustrated publisher breathing down his neck, he still can’t get it right. No matter what David does he can’t find a story that fits his characters. James, Alexis, Sally and MJ are forced into tales set on tropical islands, in outer space, medieval England, even in a modern day bank massacre and yet David still can’t find the right ending. What David doesn’t realise, however, is that his characters are alive and determined to tell their own story…