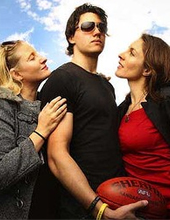 by Marita Wilcox
The story behind the scenes of an AFL Football Club. Lynette is a reporter trying to get the inside information about the club by seducing one of the players. When she is attacked by another player, she decides to use the attack for her own benefit. And so the deals begin.

The play investigates the relationships between the players, their wives and girlfriends, as they are manipulated and controlled by the politics of the club.

"Loud, fast, funny, energetic and raucous. It captures that clannish, conspiratorial atmosphere which can ignore anything (attempted rape, adultery, violence...) if the team is threatened..."—InPress 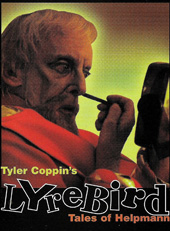