by Katherine Thomson
A moral thriller that begins on Sydney Harbour when a sole woman kayaker, in search of isolation from human contact, is pelted with doughnuts by a boy in a passing "tinnie".

The woman seeks revenge, the boy's guardian becomes involved, and the tables are turned again and again as all three characters struggle for the moral high ground. A fast-moving thriller with strong comic undertow.

"At one point, Thomson has you down on your knees with pity for these people. The next, you're wiping the tears off your face and admiring their sheer craftiness. Deeply involving and black as pitch." 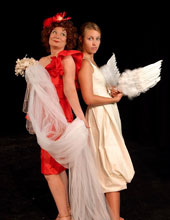