by Peta Murray
A "sick little comedy" about a bent politician who gets his comeuppance. Mike Newman, Minister for Health, has been promoting a new cancer prevention programme called GUTSCOUT. On the advice of his media people, he submits to a GUTSCOUT test himself, but a suspect test result sets in train an unravelling of epic proportions. The play was written as a virtuoso piece for a solo performer. It also requires 1 F and 4 M voices via audio. "Staggeringly funny ... agonisingly human ... a twisted little play about the comeuppance of a pompous git." David Crofts, Melbourne Times/Time Out Nov. 2000 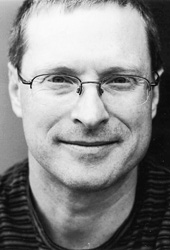