by Steven Gration
On the eve of Robert Menzies election to the Prime Ministership in December 1949, on the platform of anti-Communism, a small South Australian radio station fights for its programming and ownership independence. On-air broadcasts of serials, jingles, news and quizzes are juxtaposed with arguments behind-the-scenes and competing interests from within and without the radio station. 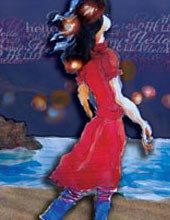